The novel, High Lie, is a typical Miami Jones caper with lots of dodgy characters and shady sorts trying to work the system in that way only Floridians can. It’s set around the world of Jai Alai, a sport that originated in the Basque country of Spain. It’s like squash or racketball, except the court is massive and open on one side, and the players don’t use racquets, but rather curved scoops woven from dried reeds, which they use to fling the ball at the wall. 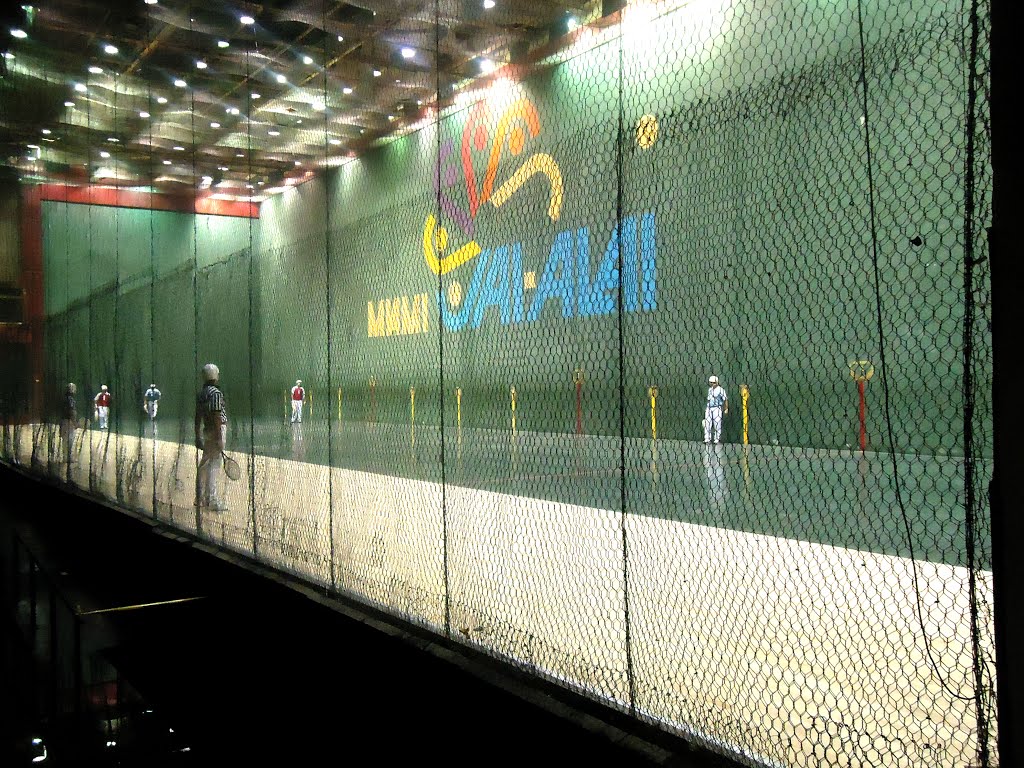 The basket-like scoops are called cestas, and the ball, which is made from rubber and goatskin, is called a pelota. The guys who play the game are called the pelotari.

One odd fact about pelotari: They are generally much stronger and more muscular on the right side of their bodies, because they fling the pelota with such effort and force, and because all players must play right handed. The court has only one side wall, and the right side is open to the audience.

Check out this video of Jai Alai in action (and enjoy the zooty 80’s fashions and music):